How Not to Get Rich: Pulling This Investing Trigger

Home » How Not to Get Rich: Pulling This Investing Trigger

How Not to Get Rich: Pulling This Investing Trigger

Editor’s Note: The American Investor Today team is hard at work to bring you exciting new projects soon. And in the meantime, you can expect to receive our emails in your inbox every Monday, Wednesday and Friday. — Lina Lee

Today’s Take: You only need to get rich once.

There’s nothing wrong with getting rich — slowly.

Trying to “get rich quick” leads to a lot of stupid mistakes. And throughout my nearly 40-year Wall Street investing career, I’ve seen plenty of smart people do lots of dumb things…

Things like watching their neighbors make more money than they did in the markets … and then, to try to keep up with the Joneses, making “shoot for the moon” investments.

Some of these investments were akin to betting everything on red or black. Heads they win big, tails they lose everything. They became blind to risk and were betting on long shots.

And that’s not how to get rich.

He says that, even if the gun had a million chambers with just one bullet, it wouldn’t matter how much he’d be paid: “I would not pull the trigger.”

The reason is simple. Although the odds are way in your favor, the downside is fatal.

And get-rich-quick investors are doing something pretty close to that. They risk money they have and need on a long shot to make money they can’t afford to lose.

Tell me, on which planet does that make sense?

That’s why my advice to these investors wasn’t always what they wanted to hear. But they needed to hear it, and it was simple: Slow down…

The Power of Compounding

There’s a lot to be said for getting rich slowly. In fact, Buffett says: “It’s pretty easy to get well-to-do slowly.”

Here’s what I’m talking about…

And even if you’re starting to invest later in life and don’t have 40 or 50 years to let your positions run … you can still benefit from the power of finding the right investment and letting it compound. For example, just in the past 10 years, Microsoft increased by 10X! 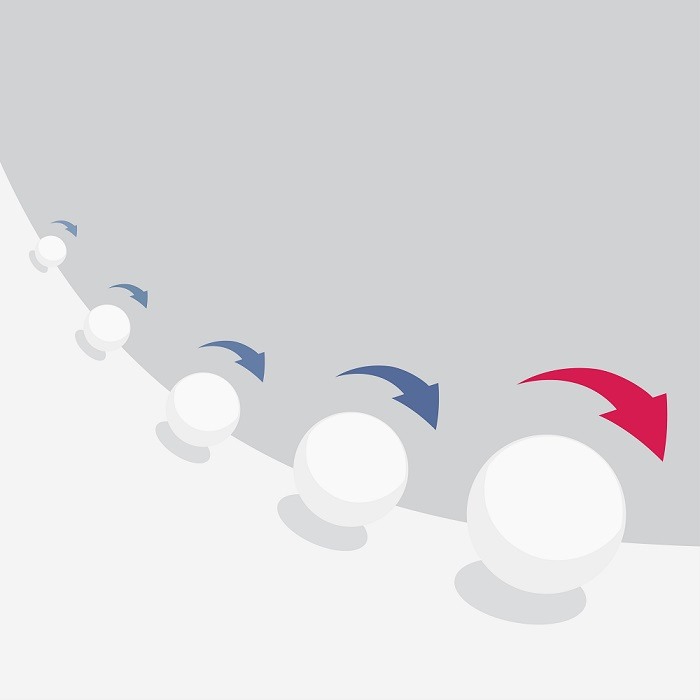 If you’re starting with a small snowball, you’ll need a long, steep mountain — more time to let it grow. Let’s say you have a portfolio of only $10,000. Compounding at 12% per year, it would grow to more than $1 million … in over 40 years.

It all depends on how much you’re starting with and how long your time horizon is.

Just keep in mind, you only need to get rich once.

If you risk your money on an investment where you could lose it all like Russian roulette, you’ll have to start all over. So, don’t pull that trigger and blow your hard-earned dollars trying to become 10X richer in a short time span.

Instead, sit tight and enjoy the slower road to long-term profits.

P.S. I recently sat down with my good friend Governor Mike Huckabee to talk about another secret to making money in the stock market … and a coming “miracle” for Main Street investors.

If you haven’t yet, be sure to check out our special interview right here. You won’t want to miss it.