What Everyone’s Getting Wrong in Their 2021 Predictions

Home » What Everyone’s Getting Wrong in Their 2021 Predictions

What Everyone’s Getting Wrong in Their 2021 Predictions

If you see market predictions in the next few weeks, remember what I’m about to tell you…

Many TV pundits and Wall Street analysts will be trying to tell you what to expect for 2021.

But I don’t care if they have big, splashy graphics or stories about what the next year has in store for us. Don’t listen to any of them.

No one has a crystal ball.

Just take a look around … Who predicted that we’d have a pandemic this year?  Nobody.

And who knew how it would be affecting our lives?

The same goes for the markets.

In fact, the CXO Advisory market research group tracked the results of over 6,500 investment predictions made between 2008 and 2012. Many came from well-known names in the investing world.

But on average, their accuracy was only 47%.

You’d be better off tossing a coin to figure out where the market’s headed next.

That’s why I don’t believe in predictions — and you shouldn’t, either. Because you don’t need predictions to make money. Instead, you need something else…

What Predictions Get Wrong

The stock market is the greatest wealth creator out there. And to make the most of it, you don’t need to know what’s happening in the next year.

Think about it this way…

Let’s say you were an investor buying Walmart (WMT) on its very first day of trading — October 1, 1970.

Absolutely not. All you needed to do was buy a great company, sit on your ass and wait. 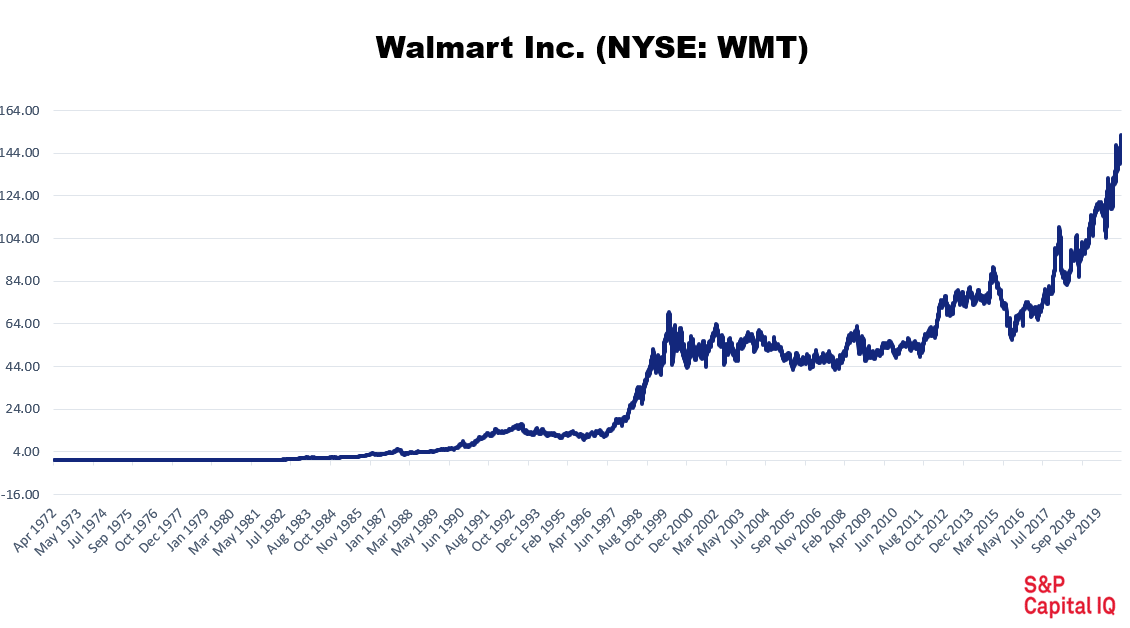 When Apple (AAPL) announced it would be opening up its own stores in May 2001, forecasts were grim. No analysts thought that the move would pan out.

Businessweek ran with the headline, “Sorry, Steve: Here’s Why Apple Stores Won’t Work.” And retail consultant David Goldstein gave Apple two years before they’d be “turning out the lights on a very painful and expensive mistake.”

Nearly 20 years later, it’s clear that the negativity surrounding Apple stores was nothing but noise.

So no, you don’t need predictions. You need to know how to pinpoint stocks like Walmart and Apple.

And the only way to do that is by having a proven approach to stick to. That’s why I’ve used my 37 years of Wall Street investing experience to come up with this one…

My approach is simple. If you stick to it, you can just sit back and let the profits roll in.

I have what I call my Alpha filters. And they tell me everything I need to know about a company…

If a company passes all these filters, I know that it doesn’t matter what happens next year or the year after. All I have to do is invest and sit back to let my money do the work.

These filters are the basis of all my recommendations in my flagship newsletter, Alpha Investor.

And for those readers, these filters have helped make them more money than any prediction ever could.

Mike F. wrote in to say he saw returns of 100% in one of my recommendations.

And Russell B. saw a 24% gain on a position from Alpha Investor in just one week!

These are a few of the stories we’ve heard from subscribers — but they’re by no means the only ones. And we want you to help you create a success story of your own.

That’s why my team and I have opened up a new service: Lifetime Profits. In it, I don’t use just three Alpha filters … but four.

This “fourth Alpha” is what will give Lifetime Profits members the opportunity to see gains of 500% … in five years or less.

You do not want to miss out on the life-changing profits that will come out of this new service.