Former Governor Reveals Charles' Investment Secret! See How She Made Bigger Gains in 2 Weeks Than Most Pros Make in 2 Years Using THIS Secret. Click HERE for More...

It’s not the smartest or the strongest companies, but the ones that adjust best to their environment that survive.

In March the world changed. The globe is now engulfed by a worldwide pandemic.

COVID-19 is now the new normal.

Social distancing and masks become part of a new normal.

Many businesses couldn’t adapt, and now are bankrupt.

Brooks Brothers, a high-end retailer founded 200 years ago (and frequented by U.S. presidents), declared bankruptcy a few weeks ago.

So did Gold’s Gym and Chuck E. Cheese.

But on the flip side, look at Zoom Video Communications. What was once a fringe company is now so common that it’s become a shorthand for any type of video hangout. Think Zoom date, Zoom happy hour and Zoom event. People say things like this even when they’re using a different app!

What other companies are adapting and thriving?

I began to make changes for a COVID-19 world in March. I knew I needed to avoid vulnerable stocks. And I was right. Over the past few months, companies that were already weak before COVID-19 have gone belly up.

That’s the message I want companies in America today to take. If they can’t meet the needs of customers in a pandemic, they won’t last long.

Around March, I began to make changes for a COVID-19 world. I knew I needed to avoid vulnerable stocks. And I was right. Over the past few months, companies that were already weak before COVID-19 have gone belly up.

I want businesses with mission-critical products for customers. In a world like this, what do customers need? Where is the demand?

The past several days, tech stocks have rallied. We put the first half of 2020 in the books. Business ended of the first half on an uptick, pretty optimistically. We had a stronger-than-expected unemployment report for June, 4.8 million new positions and a lower unemployment rate. Manufacturing activity, the manufacturing sector, consumer confidence and pending home sales all were headed higher.

Now, the $64,000 question is: Will the uptick in business activity continue? Is it a new trend that’s starting? Are we off to the races or are we headed back down?

To be quite honest with you, folks, I really don’t know. I’m not trying to be a wise guy by saying that. So much is changing in a very short time span that if anyone tells you they do know what’s going on, hold on to your wallet.

Since the end of June, several states have opened up and then have paused their reopening efforts. Americans have turned more cautious, and the coronavirus in certain states continues to rise.

Now, if the economy slows down, grinds in place or heads higher, I’m not too concerned with what stocks to invest in. Why? Because over the past few months, I’ve adapted my stock-picking approach to a new reality, to the COVID-19 world. Let me share that with you.

Let’s assume, for example, right now it lasts for much longer than anyone thought. Let’s assume that we’re now living in a new normal when social distancing is really everywhere. With elevators in New York City, it is just amazing. Four people to an elevator. It’s crazy. It takes forever to get up in the elevator. You can’t fit that many people in.

Masks are going to have to be worn. Public gatherings are going to be banned. All as part of this — let’s assume — a new normal. The businesses that can adapt will thrive, and those that can’t will wither away and die. That’s just the way capitalism works.

Over the past few months, businesses that were already weak before COVID-19 went belly up. They went bankrupt.

For example, CMX Cinemas, a movie theater chain that also owns dining restaurants and bars, filed in April for Chapter 11.

So did Gold’s Gym, where Arnold Schwarzenegger worked out for Mr. Universe. It filed also, in May.

Brooks Brothers, a high-end retailer founded over two centuries ago and frequented by U.S. presidents — and where I used to buy my shirts — filed for Chapter 11 a few weeks ago as well.

And Chuck E. Cheese’s parent company, CEC Entertainment Inc. — where you take your kids and let them run around while you pay a zillion dollars on vending games and buying pizza — filed one month ago too.

Around March of this year, when New York went into a lockdown, I began to modify my approach for the COVID-19 world. I wanted to avoid certain types of businesses that are going to be affected, such as the ones I just mentioned.

Instead, I started focusing on companies that had strong balance sheets and growing free cash flow. I also started looking for businesses that are not reliant on foot traffic to make money, like movie theaters, gyms, retail stores or restaurants.

I wanted businesses that have products that are mission-critical for customers, and that customers love to pay for — because if they didn’t, they wouldn’t have a business. I prefer businesses that are subscription-based. That means they locked up their customers with contracts, and the subscriber or consumer paid month after month.

If the world ever gets back to normal, they’re going to thrive. So it’s heads I win, tails I win a little more.

One sector kept jumping off the page at me. It met all my criteria for the COVID-19 world. And that sector is technology. In the technology industry, there was only one company that stands head and shoulders above the rest: Microsoft Corp. (Nasdaq: MSFT).

I’ve been following Microsoft for more than 20 years. In fact, I recommended it to my subscribers in my newsletter back in 2011. At that time, Microsoft was pretty much unloved and unwanted by Wall Street.

Most analysts were saying that Microsoft was a software company. They gave little credit to the way the business was transitioning to a digital business. And then Microsoft, around that time in May 2011, started to shift gears. It started to focus on this new thing called “the cloud.”

When I recommended the stock in May 2011, it was trading for a dividend-adjusted price of around $19 a share. Even though the company had a rock-solid balance sheet and a AAA debt rating, and Windows software ran on nearly 95% of all computers in the world, the company was selling dirt-cheap. For one reason or another, Wall Street just didn’t get it.

Well, I didn’t listen to them. Luckily, neither did Microsoft, because over the next decade, the company soared — along with its stock price. Office 365, Windows cloud services, Teams, gaming and Azure have continued to propel the stock price higher.

Right now, Microsoft is trading around $210 per share, and the company’s worth $1.6 trillion. From my original recommendation, the stock is up close to 1,000% — or what we call in the industry a “10-bagger.” I love it.

If you’re looking for one stock to play on the future of technology, Microsoft would be the one I’d recommend. Keep in mind, it’s not trading at a bargain price like it was back in 2011. However, it’s not overpriced either.

I would say it’s attractively priced. I see this company’s intelligent cloud business continuing to grow. It’s offering solutions to businesses that increase productivity in almost every facet of business. Most people now are working remotely, and even when they’re able to go back to the office, they’re still staying home a certain amount of days because we’ve gotten used to working at home. That’s another feather in Microsoft’s cap because the company’s cloud-based products should continue to do well either way.

Once again, heads I win, tails I win a little more.

Of course, there are going to be ups and downs because trees don’t grow straight to the sky. I get that, but over the long term, Microsoft should continue to do well.

P.S. We are working on something behind the scenes here. My team has been making some changes, and we’re excited to share them with you. We’re working on a new look — a new direction — for Winning Investor Daily and for my Alpha Investors. Keep an eye on your inboxes. I think you’re going to love it. 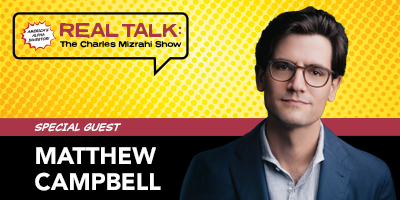 In July 2011, an oil tanker traveling through the Gulf of Aden was attacked by pirates. The tanker’s length was about the height of the Chrysler Building. It was carrying $100 million worth of fuel. And then, it all went to pieces. An explosion and fire broke out.... 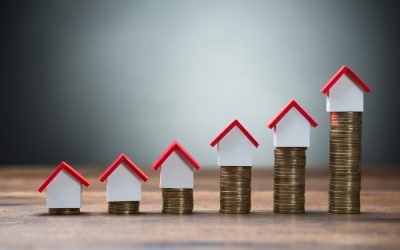 Millennials Are Behind This Stock’s Rise

I don’t need to read Wall Street research reports on the spending habits of millennials. I just look across my dinner table. Three of my four sons are millennials. So, I watch what my boys do, what they buy and how they invest. That’s why I laughed when I saw this... 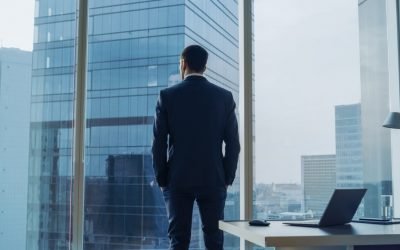 Today’s Take: GPGI, combine it with a great leader … and the world is your oyster. “Dave, I gotta be honest with you. I never thought you could pull off what you did.” He paused for a moment and then let out a big laugh. “Charles, join the club. Neither did a lot of... 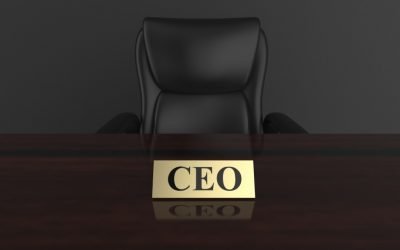 Invest Early With This Elite CEO for More Gains Ahead

Today’s Take: The right CEO makes all the difference. Warren Buffett says that CEOs aren’t selected like Olympic teams. There’s no uniformity in top quality. Yet investors treat them as if they’re all the same, like lightbulbs. If Amazon’s Jeff Bezos, Microsoft’s Bill... 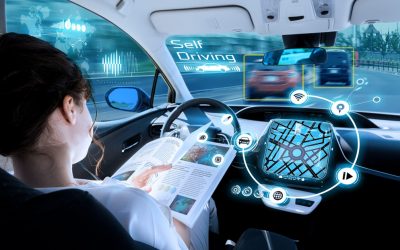 Today’s Take: Lidar technology will make our roads safer — and investors richer. Before she’d put her minivan in reverse, she’d turned her head to see if anyone was behind her. Seeing no one there, she slowly backed out of her driveway. Just a few seconds later, her... 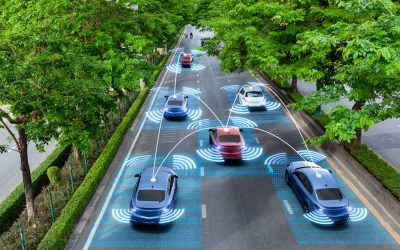 This Company Will Dominate the $7 Trillion AV Megatrend

Today’s Take: In every industry, only a few companies dominate. “From many come just a few.” When an industry is born, it quickly becomes crowded with competitors. But after a short while, only the strongest survive. Just look at the U.S. auto industry… Almost 3,000...